Light the November fires and grab a brew, come sit with me for spell I have a tale to tell you about The Hallowed year of 2020.

January swept in with cold winds and our long-awaited larger premises, in hindsight when you affectionately refer to something as a shithole you should quit while you are ahead.  Before the smoke settles from a blown-out match, we had erected walls, decorated, and made the place our Covenstead. However, Ice had unknowingly settled somewhere in my soul.

February brought promise and plans and many new faces, all surviving the hazardous journey of the seeker to arrive at our door.  The rundown fences and totally secret location nestled behind the forest of dead trees, past the discarded, faded fairground joys, to the left of the shampoo swamp, over the towns' electricity cable, cleverly disguised by rat chewed fake grass and broken plant pots ~ because, well, the internet is for the progressive and being able to run a successful business is for the mentally competent.

March brought the Lockdown, although too some, the rules did not apply. It was hard to tell the difference between a country wide lockdown or a usual trading day at the family day out offered but regardless I did enjoy my time crafting and cooking up a storm for the future away from the Poundland version of Fawlty Towers.

April and May ~ blissful months spent writing, crafting and weaving energy into the lives and the world around me.

June brought with a reading so filled with questions I think we spent a good few days pondering. The Hallowed was a year old, a spread was called for, questions needed answers, where there had been silence, we sensed the noise. Movement, lots of movement and what sort of metaphysical emporium ups ands moves during season of the witch?

July brought with it the heat. This was where the seeds of ice from January really got into my bones. The Hallowed was blooming, beautiful souls had come to spend time with us and we have got to know so many of you magickal folk, and we feel blessed to know you all!

August brought the click, click, click of the ticking timebomb, comedy relief came in the form of general comings and goings of folk, midnight fires, and many a night looking at the stars and talking to ancestors and spirits that the eyes could not see.  Fires had been lit, storms were brewing on the horizon and we expanded. One building became two, with more buildings, came more windows. We saw you.

September was the loudest month by far, there is always one, everywhere you go, there is a person who wasn’t hugged enough as a child, a small little man child with deep seated issues who thinks he owns the place, who loves to jump on buildings, stomp all over the roof while you are trying to run a business then goad you into some sort of incoherent backward rant of "what are we going to do about it?". Oh boy. You kick your size 3 trainers and throw your weight about on your hairdryer of a baby walker and see were that gets you.  Technically, he literally threw his weight about to be fair, running full pelt into my shoulder with the hopes of doing some damage, then bouncing his stupid ass right off into the old rusty empty buckets of garden rocks sold years ago. If you wanted to knock over a witch sweet, who likes cake, try growing up first.

October, Season of the Witch, reds, gold, and brown swirling around the landscape brings joy and a scent of damp leaves, the wheel of the year is turning once again everything is dying ready to be reborn.

Including my tolerance for the place where we were renting.  Storms hit and buildings once told was waterproof,  had buckets left to be navigated by customers, the ground sodden and squishy flooded by not only by the heavens but by the constant watering of decaying plants by someone I wouldn’t leave alone in charge of a brick. Folk, fed up by the lack of progress left, more came, the comedy carousel of businesses lured in by apparent cheap rent, dazzled by duct tape and spit, only to find out a fortnight later that your landlords aren’t worth the time and effort nor do they care about anything other than the rent money. As for the family day out, which consists of a puddle at the doorway big enough to wade through, empty shops because they saw the light, a few shop keepers sit around a table near the toilets drinking tea and giving them out to folk who will chat awhile and sell you knock off items, taking away from the actual one business there that tries their best to drag the place into the present. So, if you want to buy anything, guess the shopkeeper from the line-up could waste a few minutes. If you need to use the facilities, bathe yourself in the hand sanitizer outside and don’t switch on the lights, there are cobwebs older than me in there, with spiders and creepy crawlies to match, the toilets are cleaned occasionally I think, when someone complains, depends what stall they go in, the leaky one or the one where the floor has more tilt than the leaning Tower of Pisa. If your lucky you can wash your hands with water that smells like the Thames, all ready to be dried by a dryer that works the same as if I asked a hobo to gently caress my fingertips with his halitosis. On the way out you can grab yourself some plants but anything worth getting for your garden, go elsewhere.  There is an amazing garden centre less than 100 metres away I highly recommend.

As you can tell I loathed the place at this point and the people in it. 18 months, broken promises and one caravan club later we were done. The tip of the iceberg was comments about our attire and questioning us about our clients. When the landlord himself was about as subtle as a punter at strip club. Our Tarot reading was never far away from our thoughts.

On a wet, windy Thursday before Samhain, with the upcoming Blue Moon energy seeping into our lives we found a cute little premises behind Brentwood High street, I have always loved Brentwood, The Hallowed was born there and that is where its heart lay. By the light of the full moon we had the keys and was out! Away from the bad energy and decay and neglect of a farm that once was.

November is here, The New Year arrived full of hope, happiness and home. The future is exciting, this is where we were always meant to be. Stayed tuned 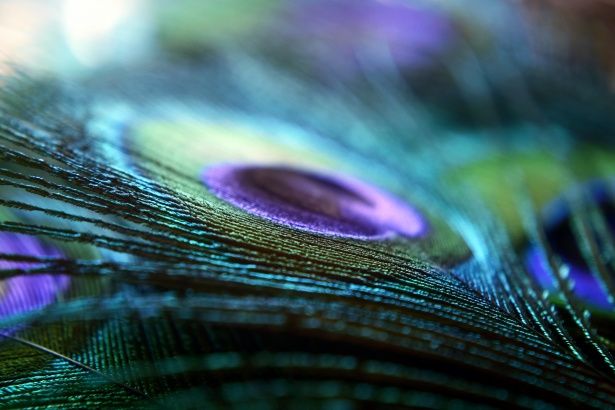